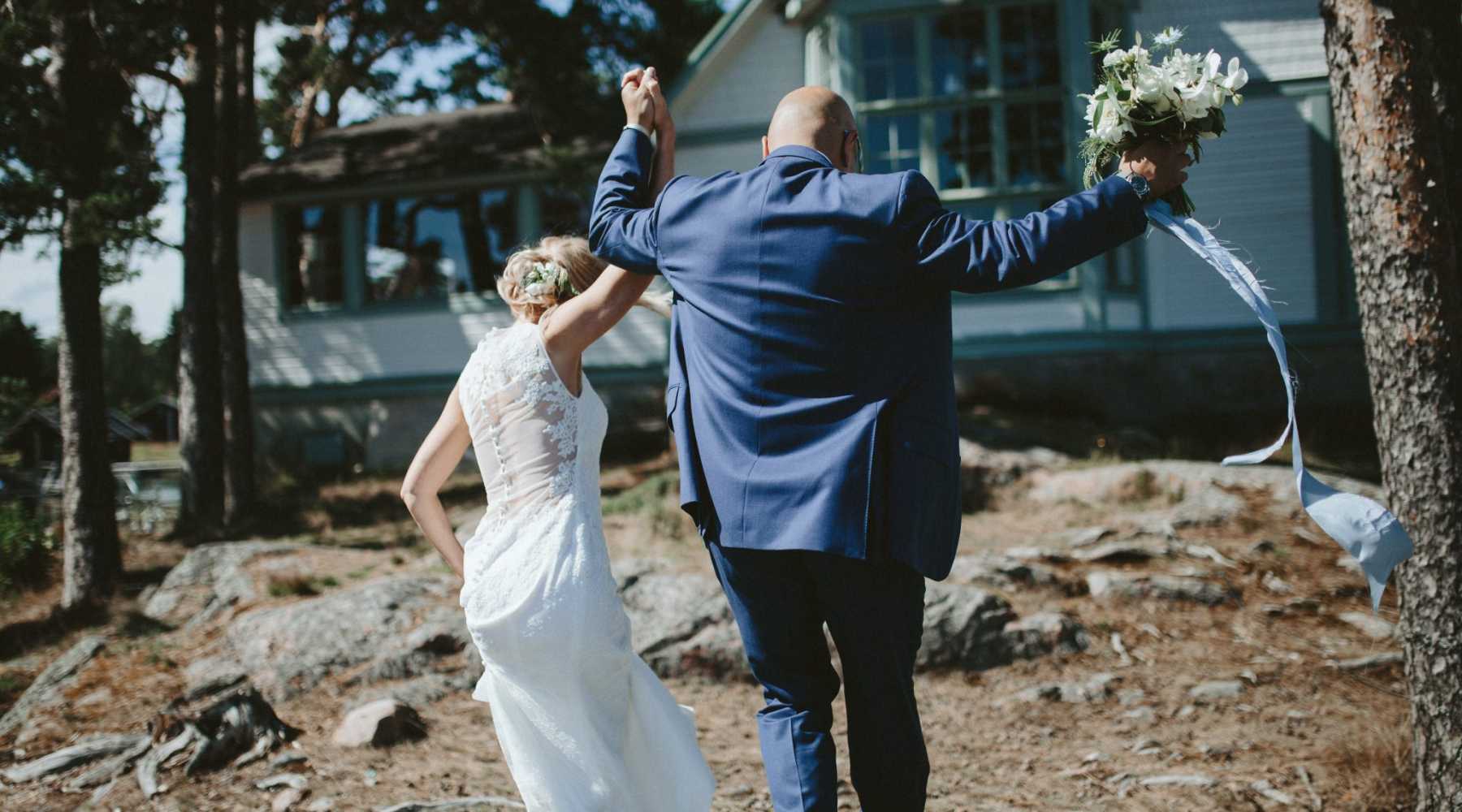 From New York to Finland

The phone rings but we’re busy fitting another bride and our answerphone clicks in.

The message is from Nicolas?! A London number. I call back and get through to his Personal Assistant. Eventually we get to speak. His fiancee is flying in from New York and she has asked him to try and make an appointment with us! That’s not a problem! This is intriguing …… but it doesn’t feel quite right to ask the groom.

So, come the day, the bride to be, Eila, arrives in a hire car hot foot from the airport with her step-daughter in tow.

Sitting in our open beamed barn with not a sound outside, coffees in hand, Eila tells me her story. She lives and works in New York, has fallen in love with her man, from London, and plans on uprooting and moving to London …… she hasn’t yet worked out the job situation but love rules all and I don’t think a woman this smart is going have any problems finding another high powered role. She has been around just about every single wedding dress shop in NY (including Kleinfeld of “Say Yes to the Dress” fame …… she didn’t) and just couldn’t find anything she liked ….. at all. That started her looking outside of the US and, before she started looking in Canada, she looked online for something in the UK and found our site, which prompted the call from Nicolas.

This doesn’t happen every day!

So, what about the wedding. Well they are getting married in Finland (hence “From New York to Finalnd”). On an uninhabited island. With the only access by a small boat ….. having found her man, she wasn’t going to let him get away easily! What she described to me sounded just beautiful. Complete privacy in an idyllic setting with a reception in a simple but elegant building right by the beach. It was also not without one or two challenges from a dress point of view ….. the boat trip ….. the beach ….. the open floorboards in the reception which could so easily catch a dress ….. and then there was the question of what she could wear on her feet. As it happened, Eila was a bit of a collector so, as time went on, would come up with many beautiful options for what shoes to wear on the day!! 🙂 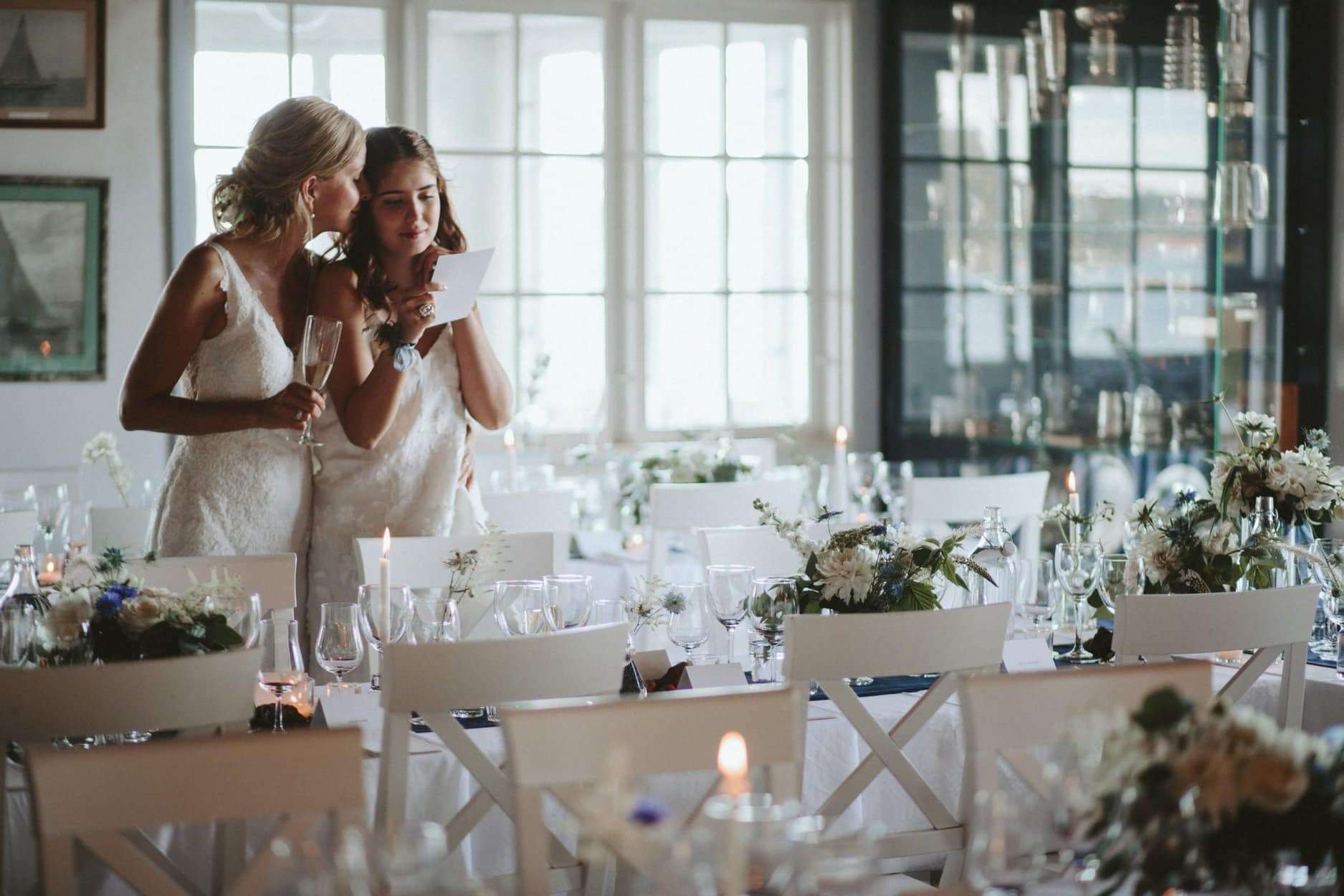 I now understood why she had struggled to find the dress. It had to cope with all that, be supremely light and comfortable. Be simple but elegant to fit in with the slightly rustic but minimalist setting. Not complain too much if it got a bit sandy or got the odd splash in the boat and not drag and get caught between the floorboards!

As we were talking, I was thinking of what would really work. Fortunately, we had quite a few options, particularly given that Eila is blessed with a fabulous figure.

So we turned to the dresses. Eila and her step-daughter picked out various dresses, including a few by the designer that I had in mind and that she had been drawn to when she had scoured our site.

Having tried a few on, she did say Yes to the Dress in our Hampshire Bridal boutique. A beautiful boho style dress that would fit in perfectly with the surroundings. Would cope with everything that the day could throw at it and be supremely comfortable. But, above all, it made Eila’s face light up, both on the day and when she first tried it.

All photos by Agnes Stenlund http://agnesstenlund.se[/vc_column_text][/vc_column][/vc_row]

Are you ready to start your dress adventure? Request an appointment so we can hear all about your plans for your big day!